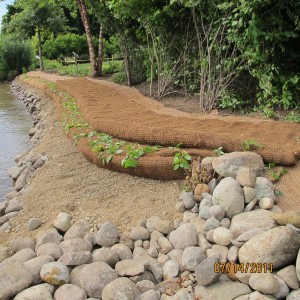 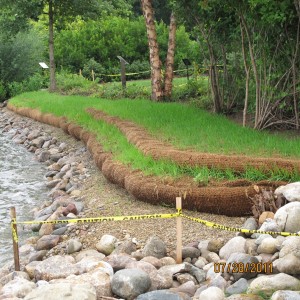 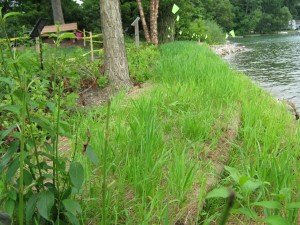 Early August of 2011 looking south. Deer have been browsing on the dogwoods. 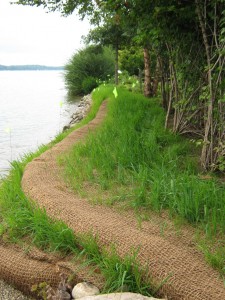 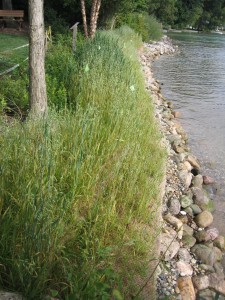 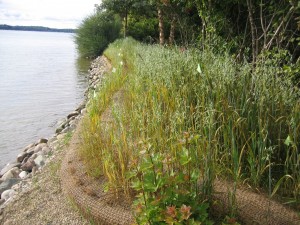 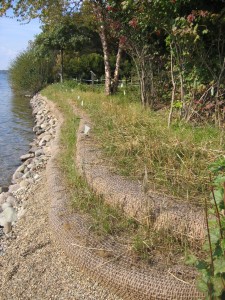 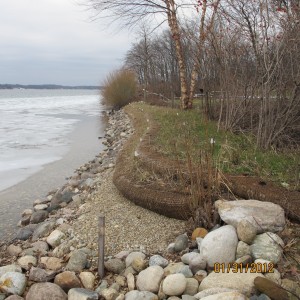 January 2012, not much ice this year, looking north 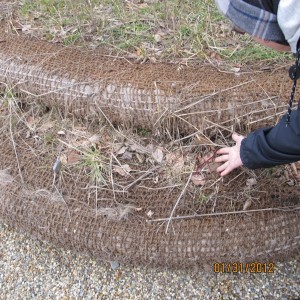 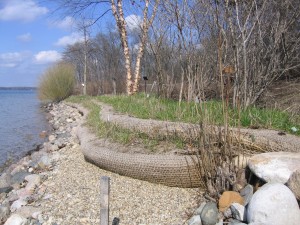